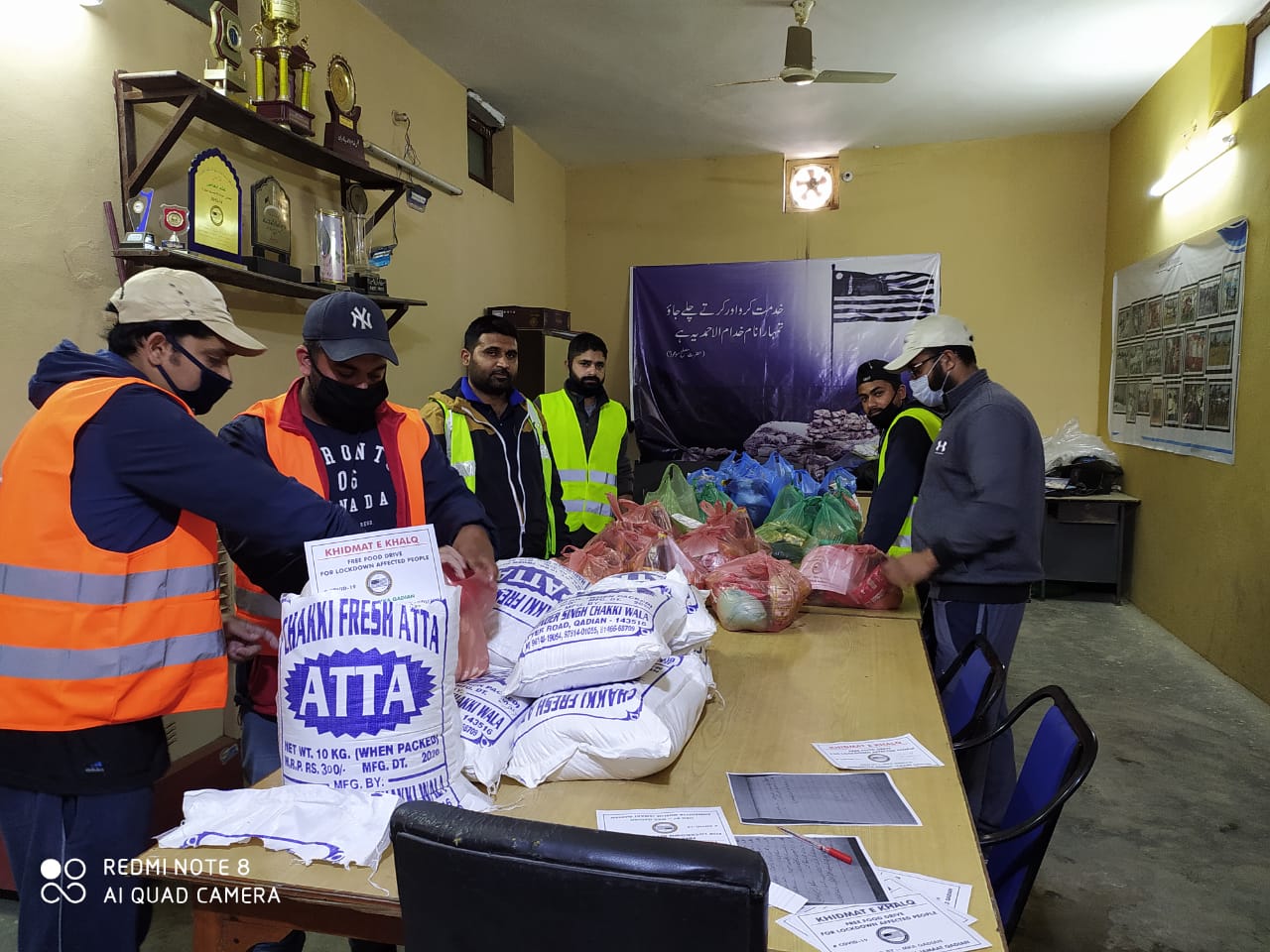 Currently, the world is stagnant because of the Covid-19 pandemic. To combat the deadly virus, governments are busy in saving the maximum lives across the globe. However, due to the lack of adequate vaccine, the virus caused more than 362, 091 deaths. Approximately, 210 countries worldwide have been affected by the Covid-19 disease. The risk of infection is serious that resulted in panic added anxiety and dismay to the people worldly. The severity of the virus is so extreme that the states like the United States and Italy running the top health system are struggling to combat the disease. Additionally, it has been estimated that the economic system of affected states is badly hit by the necessary and strict lockdown to combat the virus that it might take years to recover them fully. However, the impacts of the Covid-19 pandemic are sore because it halted the circulation of money which in turn pays the way to economic injustice to certain sections of people. For instance, to stop the transmission of virus had culminated into the entire lockdown of some states that unfortunately resulted into a nightmare for the migrant labours and workers. Migrant labours and workers are at the receiving end. They are dying due to starvation and an aching hunger has forced them to commit suicides too. Embarrassingly, a poor and starving man was seen eating a dog’s carcass on the road in India (Gulf News).

Although governments are trying their best to reach the needy people, it is also the responsibility of the common people to help the penniless people during extreme necessity. Islamic alternatives can be one of the many ways to tackle the worst situations. Hadhrat Mirza Tahir Ahmad said, “Economic justice is a beautiful slogan”. Islam attempts to create an equitable economic system where the weak and poor people should be treated fairly. Also, Islam focuses on the “absolute justice” which covers every aspect of Islamic teaching. Due to the Covid-19 pandemic, weak and poor people are struggling to survive and it is thus logical to argue that the governments following systems (capitalist and socialist) might have ignored “equal distribution of wealth” which caused economic inequality globally. Hence the struggling of the deprived sections of people might be the result of the “unequal distribution of wealth” exposed due to the Covid-19 pandemic.

It is necessary to uplift the weak and poor people before they might kiss the starvation in unstable situations. It is the responsibility of the states to make adequate policies based on absolute justice (economic justice) to thwart “unequal distribution of wealth”. Although they talk more of equal opportunities and sharing of wealth, the capitalist and socialist systems altogether failed to reach the marginalized sections of society.

The “equal distribution of wealth” should be given top priority for eradiating poverty. Islam directs its followers to spend in prosperity and adversity (3:135). It emphasized sharing and circulation of capital to eradicate poverty. Currently, begging is also a profession. However, Islam states that there is no genuine need for begging for one’s survival. To survive decently and honourably is a fundamental right granted by Almighty to the people. The Holy Prophetsaw said, “The upper hand is better than the lower hand (i.e., he who gives in charity is better than he who takes it). One should start giving first to his dependants. The best object of charity is that which is given by a wealthy person (from the wealth left after his expense). Whoever abstains from asking others for some financial help, Allah will give him and save him from asking others, Allah will make him self-sufficient” (Bukhari, Kitabuz Zakat). Thus, Islam directs to feed the needy people.

Needy people can be sundry, depends on needs, demands and requirements. Finding a needy people depends on the helper. The Holy Prophetsaw remind the believers: “One who is not grateful to human beings is not grateful to God either” (Tirmidhi). Helping the needy people is a moral and spiritual obligation and believers should not ask for a reward for it. The Holy Quran states: “Bestow not favours seeking to get more in return” (74:7). The believers can play an important role in combating economic hardships nowadays. In case of extreme necessity, the Holy Prophetsaw has suggested to believers to follow the example of the Ash’ari tribe “who, when confronted with shortage of provisions, collect all they have and divide it equally among themselves. So, they are of me and I am of them” (Bukhari II). Thus, “equal distribution of wealth” is vital for economic justice during unstable conditions. However, this good deed depends upon the donor. The Holy Prophetsaw said, “The hand of the donor is better than that of the receiver” (Bukhari, Kitabuz Zakat).

Taking a note from the migrant labours and workers who are struggling to reach their native places in India due to necessary and strict lockdowns after an outbreak of Covid-19 pandemic, Islamic principles might be helpful to tackle these situations. The Holy Prophetsaw established a bond of love and brotherhood between the refugees from Mecca and the helpers of Medina. The self-sacrifice, hospitality and goodwill of the helpers showed the highest degree of human dignity by sharing their wealth with refugees. The verse (59:10) for treating refugees equally and fairly, bears an eloquent testimony, stands unparalleled in the whole history of human relationship. While migrant labours and workers are not refugees, their struggle is nigh to refugees or needy wayfarer who require attention to survive in extreme situations.

Islam also directs states to carry out their responsibilities in consultation with the people directly or through their representatives, as the situation may demand (3:160). Islam states that the leaders or officials exercising highest or lowest positions enjoy not a right, it is a bond of trust between them and Almighty, thus, are answerable and accountable to God. Every human shall be entitled to food, clothing and shelter (20:119-120). These helpless and hapless migrant labours and workers have their fundamental right to survive in these extreme conditions, thus it is the responsibility of the state to reach these people who deserve the utmost attention. Similarly, believers should help the needy people because Islam treats social and economic values as complementary to moral and spiritual ones.

Ahmadis in particular should bear in mind that the Covid-19 pandemic may not be identical to dangerous and deadly plague in Punjab which was prophesied by Hadhrat Mirza Ghulam Ahmadas of Qadian in 1898. That plague was epidemic and a punitive sign to those who rejected Hisas claims; the second advent of the Promised Messiah and the Mahdi (the guided one). Hadhrat Ahmadas declared that the plague would strike all around His house but would not be permitted to step within its four walls. “I will save all who dwell in the House” (Tazkirah, p. 428). However, similarly, Hadhrat Ahmadas warned pseudo Ahmadis (Ahmadis in name) that the plague might catch them too (Revelation, Rationality Knowledge and Truth, p. 638). Ostensibly, the Covid-19 pandemic has testified all the people (believers and non-believers), thus, it is vital to implement the provisions directed by the governments and medical experts for combating the disease.

Author’s Bio :
Rameez Raja is a researcher from Nasirabad Jama’at, Kashmir. He has completed his Ph. D. in Political Science from the Department of Political Science, Jamia Millia Islamia, New Delhi. His area of interest includes international politics, security studies, nuclear policy issues, Kashmir, and Islam Ahmadiyyat. His articles have previously appeared in many journals, blogs and newspapers. His latest article titled “The Principles of the Flourishing Community: A Case Study of the Persecuted Ahmadiyya Muslim Community” was published by International Journal on Minority and Group Rights.  He can be reached at [email protected].

Cycling for Peace at Pune