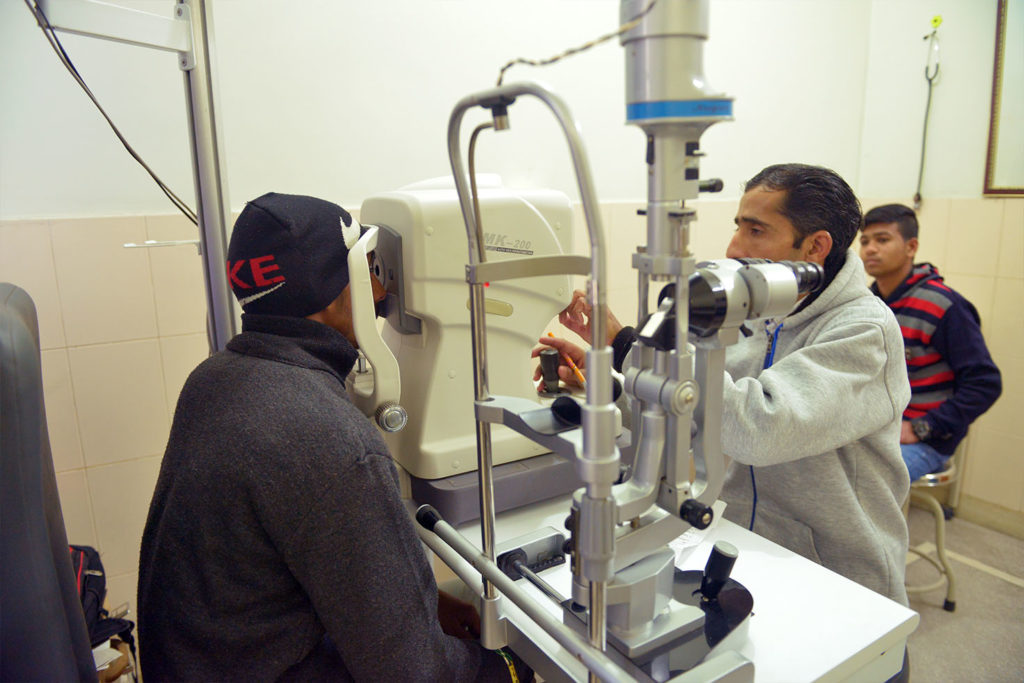 Checking eyesight with advanced machinery and technologies at Noor Hospital 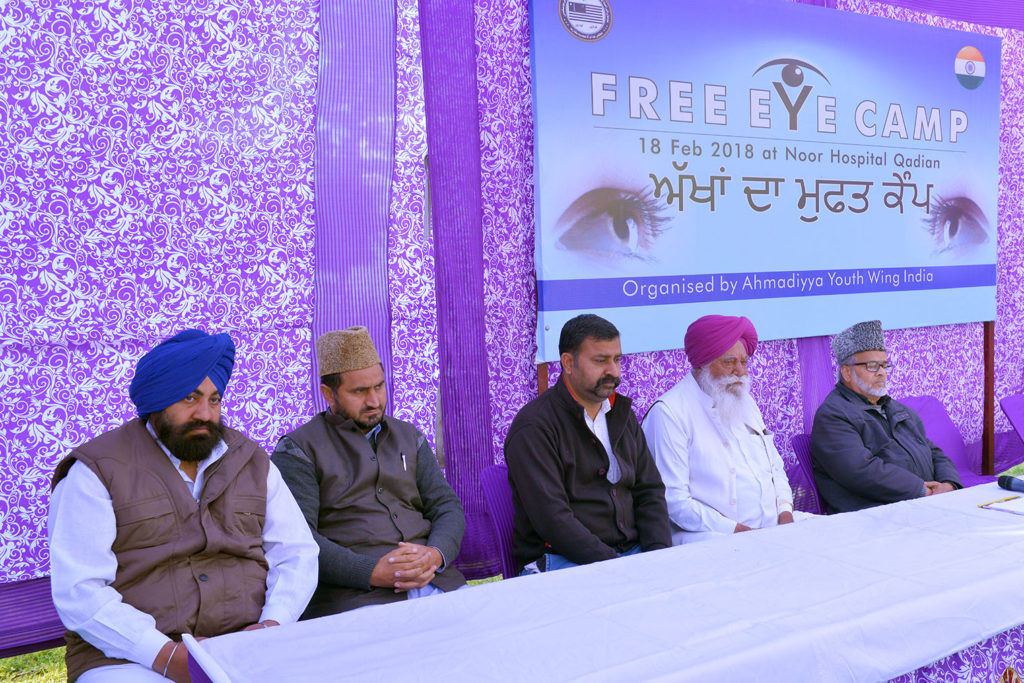 Ahmadiyya Muslim community organizes free eye checkup camps of this type every year at many places in the country. Services includes free food, medicine, spectacles and surgery on a need basis.